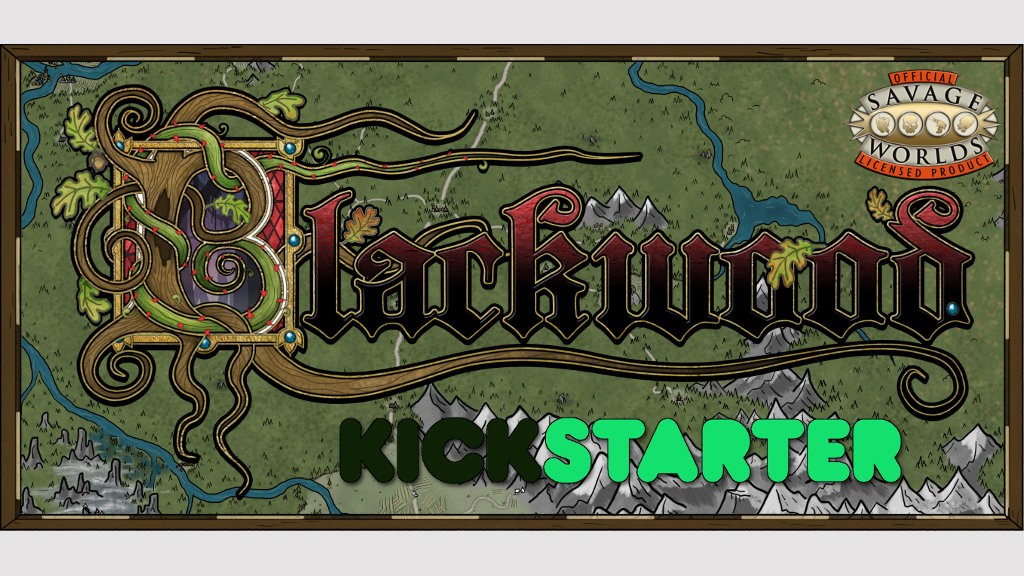 Go forth, errants, to walk the Way’s Margin!

The Blackwood is a fantasy setting inspired by folklore and high-flying martial arts action. It’s Grimm’s Tales meets Crouching Tiger, Hidden Dragon. It’s The Witcher series meets Kung Fu Hustle. It’s Iron Monkey meets Brotherhood of the Wolf. You are errants, a class of wandering adventurers, who search a landscape of deadly beauty for a way to save the settled folk of the Elder Kingdom from ruin.

A shining kingdom in the middle of a huge, forested wilderness. Warriors who flit through the trees like squirrels. Malevolent woodland spirits and fearsome magical beasts. An absent king, and the threat of corruption and collapse. These are the stories that await under the boughs of the Blackwood.

The Blackwood Errantry Codex is an officially-licensed campaign setting for the award-winning Savage Worlds RPG from Pinnacle Entertainment Group. We’re producing a complete guide to gameplay in the Blackwood, including a full-length Plot Point Campaign, The Way of the Elder King.

The finished book will include: