Hey, folks! Today is the launch of the “Dark Horse Double Feature” from Pinnacle Entertainment! They’ve got The Goon and Fear Agent, both of which are popular and exciting Dark Horse Comics titles that fit the vibe of Savage Worlds to a T.

Check them out, and yes – there’s a bigger deal if you get involved with both, since you save on shipping big time that way. 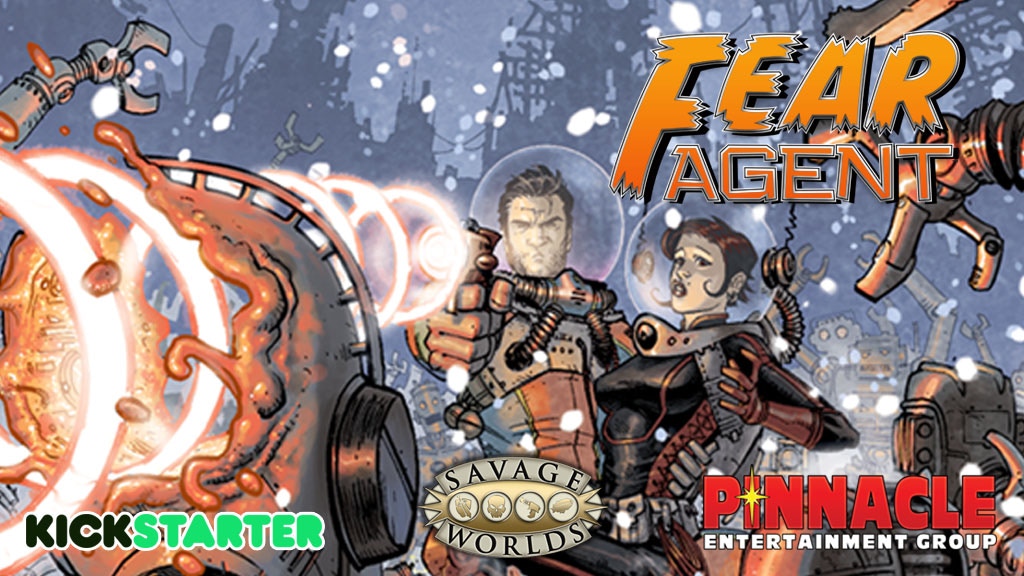 Bring the pulp scifi of Remender, Moore, and Opeña’s Fear Agent™ to your Savage Worlds game!

Based on the amazing comic series by Rick Remender, Tony Moore, and Jerome Opeña, the Fear Agent™  Roleplaying Game is a pulp scifi setting for Savage Worlds with more twists than an episode of the Twilight Zone!

After Earth is devastated by an interstellar war between two alien races, the few surviving members of humanity are dragged kicking and screaming into a complex galaxy of terror and adventure they didn’t even know existed.

Fortunately—or maybe unfortunately, we told you there are some twists—Texan Heath Huston bands together with others of his ilk to form the Fear Agents, a ragtag collection of survivors intent on revenge.

What happens next? Well, that’s up to you, the newest recruits in what is almost certainly a suicide mission. But it will be one hell of a ride!

Inside the whopping 192 pages of the Fear Agent™ RPG, you’ll find: 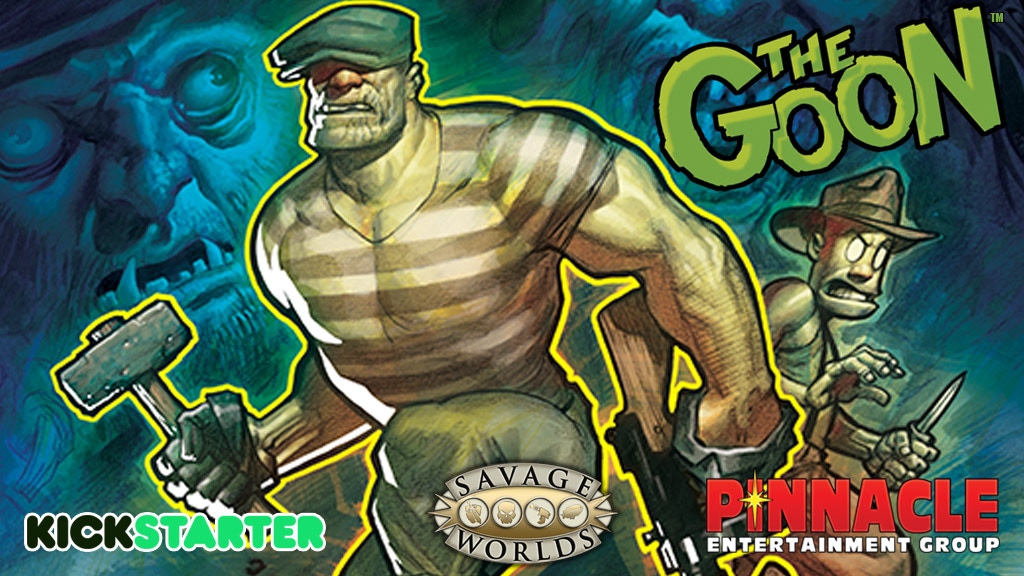 The Goon™ for Savage Worlds

Bring the “zombie Noir” of Powell’s The Goon™ comic series to your Savage Worlds game!

The Goon™ Roleplaying Game is based on the multiple Eisner Award-winning comic, The Goon™, by Eric Powell.

Feast them peepers on a samplin’ of what we got lined up for ya in this 192-page extravaganza:

It’s printed in a whopping 192 pages of graphic novel format and available in Limited Edition hardcover, so lemme tell ya, bub—this is one game you won’t wanna miss!

This game ain’t about heroes, per se. More like antiheroes. Join the Goon’s crime syndicate—or play as Goon, Franky, and the rest of their crew—and fight off the rival gangs what’s encroachin’ on your turf, while you collect on Goon’s debts and whatnot. You might also succeed at fighting off the tide of bleak suffering that’s set to consume yer soul. Then again you might not!

But while you’re contemplatin’ the psychology and so forth, make sure to watch out for Zombie Priest and his legions of groanin’, brain-chomping zombies; they’re a constant hassle. If that ain’t bad enough, there’s crazed-yet-brilliant Dr. Hieronymus Alloy and his robots goin’ on a rampage every other week. You also want to keep a lookout for swarms of chug-heads…what they call “changelings.” Yeah. They’re nasty little buggers.

Believe me, pal, we ain’t even got to the worst of it yet. You sure you wanna join up with Goon’s crew?