My friend Ian Liddle has another great game idea going, an entire space sector you can drop into any Savage Worlds science-fiction campaign, or sent your entire campaign within. While it’s certain you need the core rules and the Science Fiction Companion, I am betting you’d get a lot of utility out of combining this with the Last Parsec stuff as well. 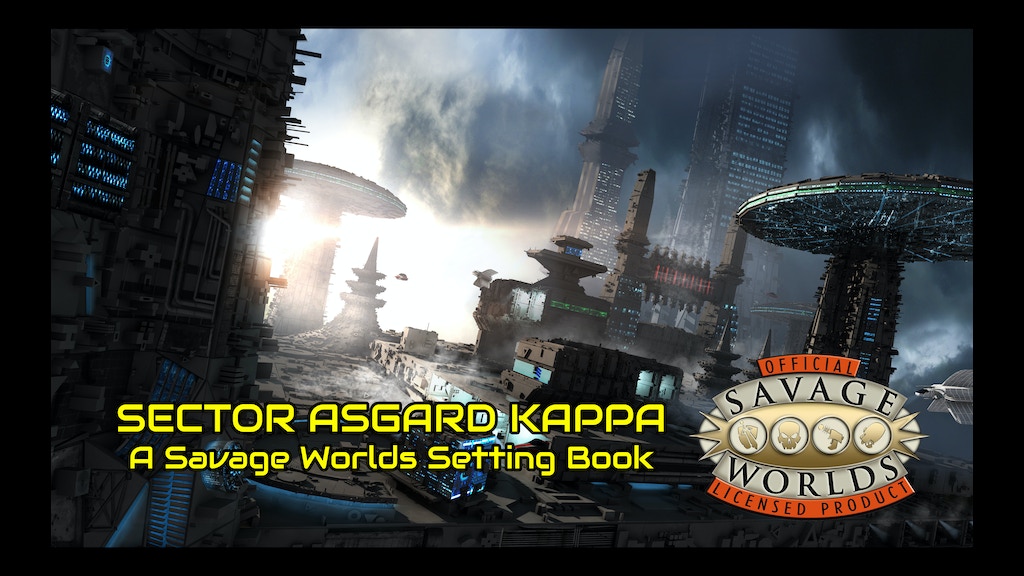 A whole detailed sector for use with Savage Worlds and the Science Fiction Companion. Includes a full Plot Point Campaign.

Sector Asgard Kappa. Containing thirty six inhabitable planets with a wide variety of cultures, aliens and secrets. It is ripe for exploration and adventure!

Larraintzar is located in the Ingunn system. Living under a police state, its inhabitants cluster together for safety inside its grey housing blocks, which are found among the unique crystal formations which make up a lot of the planet’s bizarre geology. These formations are what cause the ‘shard storms’ which, when triggered by seismic activity can strip the flesh from the bones of a man in seconds. It does, however have great natural beauty and has a dedicated visitors centre for off-world visitors.

Bergljot is most notable for its vast spaceyard, which is itself a living alien relic – the out of commission ships that reside there are used as food by the ancient relic. The inhabitants follow rigid religious sanctions which honor that relic

Manderiaga is a desert world, whose colonists live in fortified settlements to protect themselves both from the sandstorms, dangerous local predators and the vastly superior numbers of the native alien race.

These are of course only samples of the interesting places we have in store for you in this book.

The characters are hired to investigate the activities of a group known as the Brotherhood of Logic and, once their evil plot is uncovered it becomes a race against time to stop them from succeeding and plunging the whole sector into all out war! This will be a Plot Point Campaign of fifteen adventures, with story seeds to take the characters on even more adventures in-between the scripted parts of the campaign.