Don’t let the name fool you, this isn’t “another zombie game.” Yes, I suspect zombies are one possible opponent these poor bastards might have to fight, but the term refers to the heroes being “dead people walking.” They were on death row, you see – military people scheduled for execution by firing squad, given one chance to spend their life on something else – defending Humanity from All Things Ugly and Awful in the world! 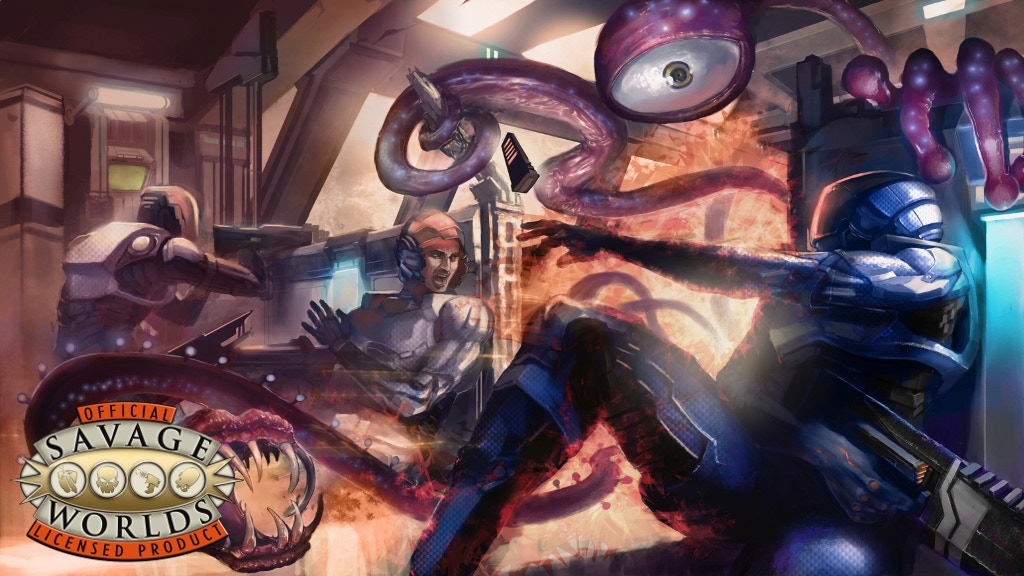 The Zombie Squad is a Sci-Fi RPG where you play as Ex Military Criminal Black Op Units, called Penal Squadrons, that are sent out on missions either too dangerous or too dirty for Earth’s Military forces.

You are deniable and expendable and expected to accomplish your mission whatever it takes. With the skills and abilities to operate behind enemy lines or undercover on the many planets available to visit in the game.

If you have ever wanted a game that mixes Star Wars, Aliens and Firefly and throws in a pinch of the Dirty Dozen and Inglorious Basterds then The Zombie Squad is the game you have been waiting for.

You have been yanked from your cold stone cell on death row and offered the choice to die by firing squad or die redeeming yourself for the good of humanity.

With the worst equipment, the worst missions and a survival rate so low you are termed the walking dead, because officially you are. Your unit designation is Penal Squad 113, but with those death heads on your lapels you are known simply as The Zombie Squad.

The game will feature weird alien tech, derelict ships to explore, cybernetics and killer robots, lost planets and space pirates, yes Space Pirates! With hundreds of worlds and places to travel to.