My buddy Matt Forbeck pointed this one out, and it looks like a lot of fun! Best act fast, as it’s only got 21 hours left as of this posting.

A fast paced card game for people who like to play god, build hybrid cat monsters and add flamethrowers to space dragons.

The Basics: Build monsters and use them attack your opponents Labs in order to collect valuable specimens to win the game. Wreak havoc on your opponents with powerful actions and item cards while avoiding the monster hunters that keep reappearing and trying to destroy your Lab. The first Lab to collect 5 Monsters wins! Or claim victory by destroying all your mad scientist rivals and be the last Lab standing!

Created by Liam McIntyre (from TVs Spartacus and The Flash) and illustrated by Cris Olansamuelle (Draw Them All), Monster Lab is a card game about channeling your inner Mad Scientist to create incredible, wild and crazy creatures out of Spare Parts, and use them to battle your way past rival Labs to victory. It’s part Munchkin, part Exploding Kittens and partEpic Spell Wars, but with a Madcap Monster Method all of its own. It’s perfect for 2-6 players, and each game lasts about an hour.

To play, you draw cards to collect Spare Parts that you then fit together to make one of thousands of weird and wonderful Monster combinations that help you protect your Lab and battle your rivals. You can also draw Lab Cards that give you special bonuses like the Pig O’ Nine Tails, a Bat to the Face or a Shiny Monster Butt that help you and hurt your opponents. You attack your Rivals to steal their Monsters and destroy their Defenses, while trying to protect your Lab to make sure you don’t get Run Out Of Town (and out of the game) by Monster hating Monster Hunters hiding in the deck or your opponents out for revenge. The game keeps heating up Monster Hunters keep returning to the deck, so the longer you play, the more they’ll appear and the more damage they’ll do. 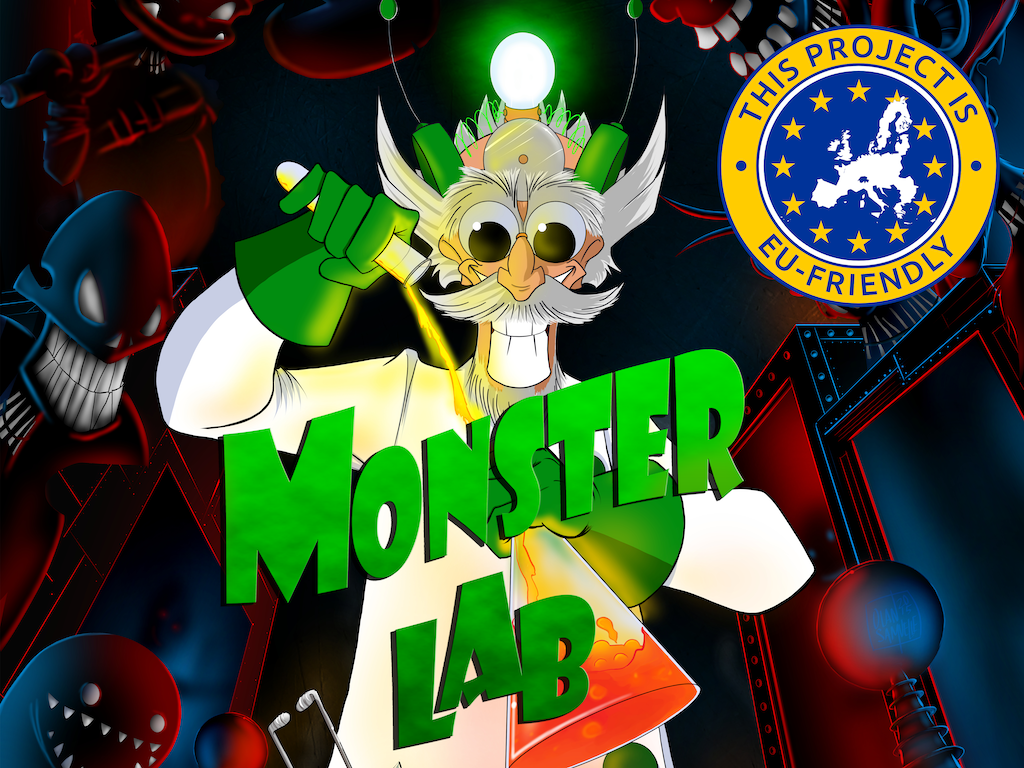