One of the most popular Savage Settings is back in a big way. Carrying on from the epic climax of the original Rippers storyline, this powerful update brings the latest developments in Savage Worlds to this dark, action-packed thrill ride.

FROM THE CREATURE’S TOMB…UNTIMELY RIPPED!
At the Nineteenth Century’s end, a shadow lies upon Europe…and the world. The mythological creatures of the night—vampires, werewolves, and far worse—stalk the darkness seeking innocent blood. Only the Rippers, members of an ancient organization dedicated to fighting evil, stand against them. But to win this battle, the Rippers must use all their foes’ weapons against them…and preserve their own embattled sanity. It’s time to take back the night…again!
The Rippers Resurrected Player’s Guide contains everything players need to create the Ripper heroes who oppose evil’s machinations: information on the Victorian era, the various Rippers Factions and the frightening world they call home, new Hindrances and Edges, gear, and Setting Rules for Ripper Lodges, Reason, Status, and more. Newly revised rules for rippertech allow heroes to “rip” their enemies’ supernatural traits and graft them to other Rippers with greater ease than ever before. 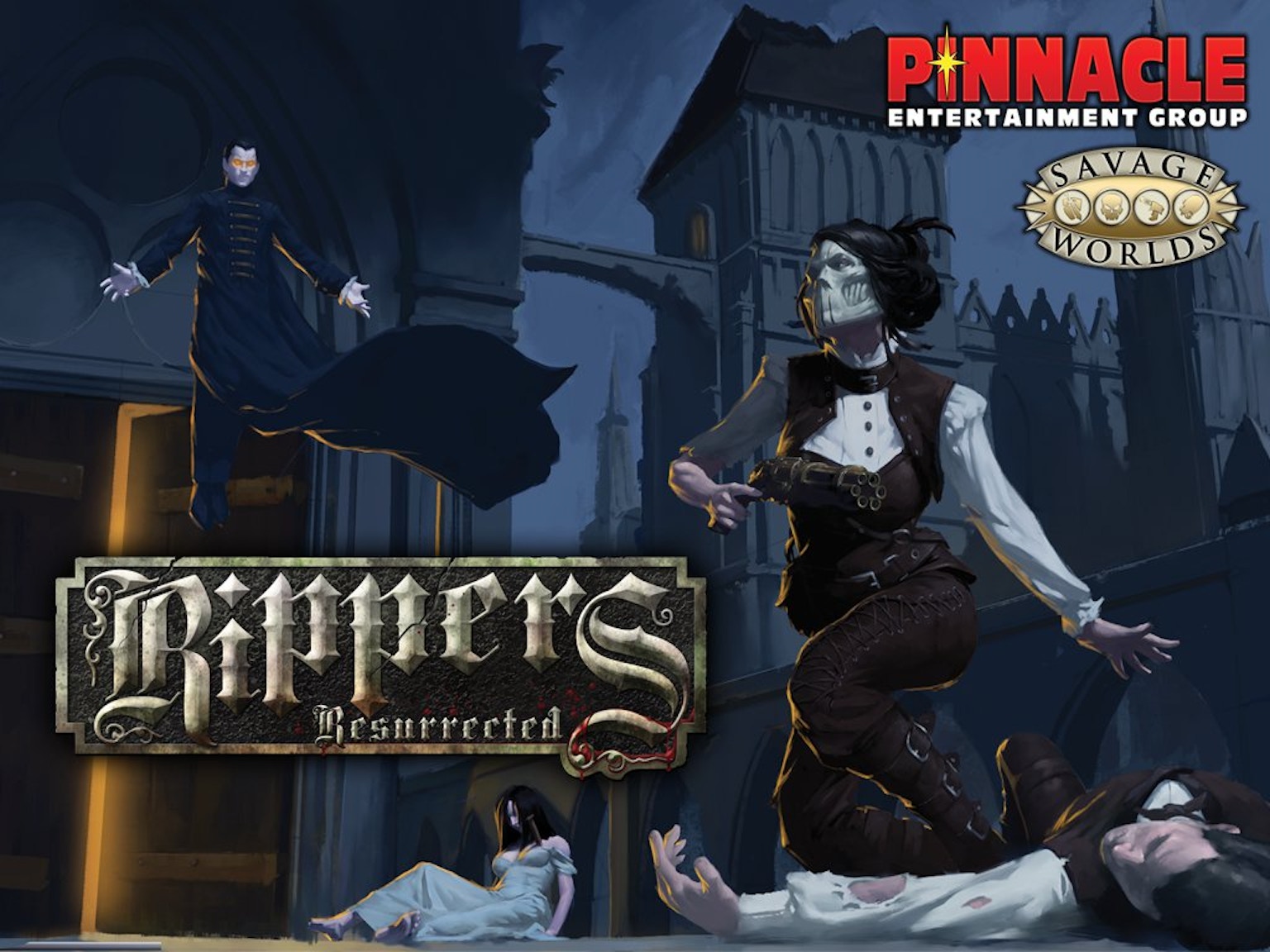